What Happens When An Engineer is Asked to Be a Manager?

It's no secret that engineers often find ourselves at odds with their managers. The recent Design News article on engineering humor speaks specifically to that particular scenario. So what do you do when you're asked to be manager of test engineering? It's quite a conundrum; one that most engineers do their best to avoid. However, it does happen despite one’s best efforts to evade it. I am living proof of that. 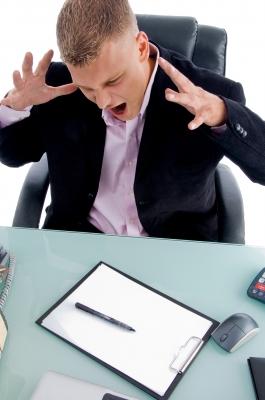 How the Heck Did I Get Here?

I believe a very important question for companies to ask is: do you want a businessman or an engineer to fill the role? I think it depends on how close the manager will be to the actual working layer of engineering. At my particular company having a nontechnical upper level manager directly over the engineers would not have made sense, because they probably wouldn’t be able to quickly grasp the issues that the engineers would be trying to explain, as well as their solutions.

When I first came on board we had a first-class engineering manager over our department. He did an awesome job and was well respected, so when he decided to leave there was a big void to fill. After some false starts with a few replacements, I was asked to take on the position.

I wasn’t too thrilled. Up to this point, my boss, an upper-level manager, served as a buffer between me and the other upper level managers. He trusted my judgment and technical proficiency and handled the decision-making that was beyond my expertise. It was great being able to concentrate on test engineering as part of the team rather than having to worry about interdepartmental concerns that would take my time away from working on projects.

The Bad, the Good, and the Better

Still, I had to accept that management was a part of my skill set -– a part I'd been avoiding. The advantages may not have outweighed the disadvantages, but from my perspective the scales were pretty even.

On the downside there was the very real concern that the job wouldn't be fun anymore. The big secret about being an engineer is that we are paid to have fun! Typically we can’t wait to get to our jobs so we can work on our projects and we are reluctant to leave. The thought of being pulled off projects to manage instead is truly horrifying. It is a cold hard fact: when you become manager, you no longer get to have fun all day.

I also failed to foresee how my coworkers would react to my promotion. My relationship with individuals I considered peers changed drastically. One person in particular let me know, in no uncertain terms, that the idea of working under a woman was an insult to him. I eventually alleviated this issue by appointing another engineer as this person's supervisor to serve as an intermediary between us. This solution worked well, although I wish we could have gotten along without it.

All that said, you have to be prepared for changes in your relationships with

Now you can earn IEEE Professional Development Hours by attending CEC courses.
More Info »
Next Class: Coming Soon
Coming Soon
Please bear with us as we put together a new semester of classes for you.
Presented By:
Digi-Key Electronics
END_OF_DOCUMENT_TOKEN_TO_BE_REPLACED

Your direct link to advanced design and manufacturing products and suppliers
Search for products & manufacturers:
Next Class: Coming Soon
END_OF_DOCUMENT_TOKEN_TO_BE_REPLACED

Please wait a moment while we find a poll.
END_OF_DOCUMENT_TOKEN_TO_BE_REPLACED