NASA Wants to Put Electric Planes in the Air by 2018

Following in the tracks of the fabled rocket plane programs of the 1940s, NASA engineers are now laying the plans for a new twist on the future of aviation -- a battery-powered airplane.

Designated the X-57, the proposed airplane will be a modified general aviation craft powered by 14 electric motors and thousands of finger-sized lithium-ion cells. NASA engineers say the battery-powered design will serve as a first step toward making airplanes greener, quieter, and more efficient. "We think we can improve the aircraft state-of-the-art by adopting electric propulsion technology," Sean Clarke, a co-principal investigator at NASA, told Design News . 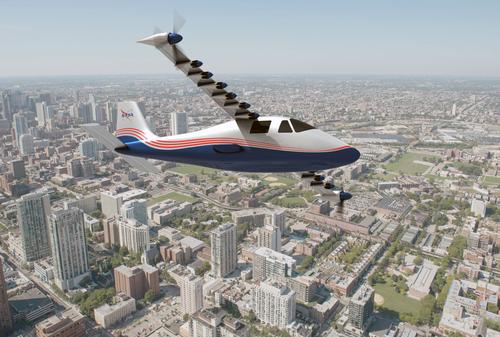 Powered by lithium-ion batteries, NASA’s X-57 will use 14 electric motors to propel itself at speeds up to 175 mph.
(Source: NASA)

The X-57 is the latest in a long line of experimental aircraft developed by NASA and its predecessor, the National Advisory Committee for Aeronautics (NACA), dating back to 1947, when legendary pilot Chuck Yeager first broke the sound barrier in the Bell X-1. NASA engineers said the project’s scale is small compared to many of those previous efforts, such as the massive X-30, but they hope it will spawn solutions that can serve in a wide variety of aircraft.

“In the next 10 years or so, a lot of these technologies will mature to a level where they can buy their way onto the general aviation scale,” Clarke said. NASA also hopes to bring the technologies to bear in hybridized commercial aircraft by 2035, he added. 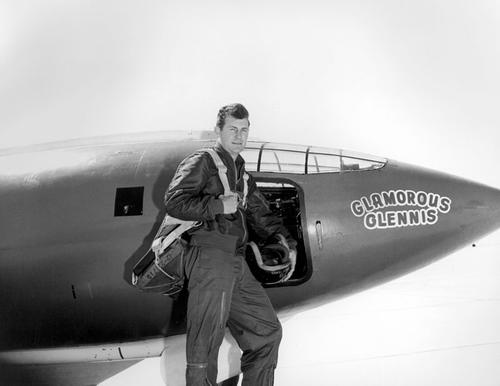 The X-plane series began with the Bell X-1. Legendary pilot Chuck Yeager flew the X-1 into aviation history when he broke the sound barrier in it in 1947.
(Source: Wikipedia)

The key to making it happen lies in the evolution of the battery. About a third of the weight of the X-57, which is a modified Italian-designed Tecnam P2006T twin-engine aircraft, will lie in the battery packs. NASA, teaming with battery contractor Electric Power Systems, is employing commercial off-the-shelf 18650-sized lithium-ion cells with specific energies of about 150-200 W-hr/kg

”We don’t have access to any fancy space technologies,” Clarke told us. “It’s the same battery technology that the automotive industry is using.”

The batteries will power 14 electric motors mounted on a long, skinny, NASA-designed wing. Two large permanent magnet DC motors, about 60 kW each, will reside on the wingtips and provide the propulsion for high-speed cruise. Twelve smaller motors, each rated about 11 kW, will propel the aircraft during takeoff, ascent, and landing.

Now you can earn IEEE Professional Development Hours by attending CEC courses.
More Info »
Next Class: Coming Soon
Coming Soon
Please bear with us as we put together a new semester of classes for you.
Presented By:
Digi-Key Electronics
END_OF_DOCUMENT_TOKEN_TO_BE_REPLACED

Your direct link to advanced design and manufacturing products and suppliers
Search for products & manufacturers:
Next Class: Coming Soon
END_OF_DOCUMENT_TOKEN_TO_BE_REPLACED

Please wait a moment while we find a poll.
END_OF_DOCUMENT_TOKEN_TO_BE_REPLACED