A recently released government report has raised the hopes of automakers looking for a break on future fuel economy regulations, despite the warnings of an Environmental Protection Agency (EPA) official who said the agency is unlikely to back down on its goal of 54.5 mpg by 2025.

Chris Grundler, director of the EPA’s Office of Transportation and Air Quality, told auto executives at a recent Center for Automotive Research (CAR) management event in Traverse City, Mich., that the agency has no intention of rescinding its current corporate average fuel economy (CAFE) mandate. “Chris vehemently said, ‘No, we’re still going for 54.5,’” David Cole, chairman emeritus for CAR, told Design News . “He said, ‘That’s our goal, and we’re going for it, even with this recent report.’”

The report -- jointly released in July by the EPA, the National Highway Traffic Safety Institute (NHTSA), and the California Air Resources Board (CARB) -- acknowledged that low gas prices have precipitated a strong consumer shift from cars to light-duty trucks and SUVs. That shift makes it more difficult for the industry to meet the government’s 2025 gas mileage target, automakers say. 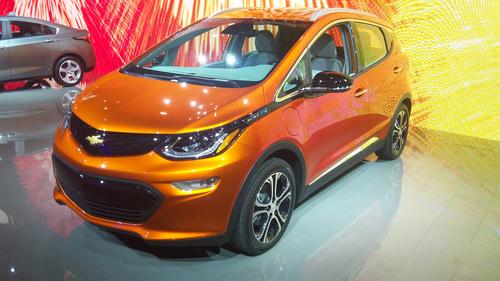 "They didn’t accurately judge the mix of vehicles,” noted Chris Robinson, research associate for Lux Research. “The government was thinking it would be 65% cars and 35% pick-ups and SUVs. They basically had it backwards.”

Since 2012, government regulations have called for automakers to reach an average fuel efficiency rating of 54.5 mpg by 2025. Given the results of the new report, however, automotive engineers now question whether that will be possible.

Some industry analysts believe the EPA will rethink the regulations. “We wouldn’t be surprised if they relaxed it,” Robinson said. “They could go to a lower target, but if they do, they will increase the fines.” The EPA currently levies fines for automakers who fall short of their corporate average fuel economy targets, Robinson said.

To meet the regulations, automakers have spent billions of dollars developing technologies to cut gasoline consumption. Electric powertrains and start-stop engine systems are considered critical, as are turbochargers, direct injection fuel delivery, cylinder deactivation, variable valve timing, and a multitude of advanced materials that could significantly cut the weight of vehicles.

Cole contends that the automaker estimate is probably the most realistic. “The people who do these things generally know best,” he said. “They know the tooling costs and the component costs. They have to live with it.”

In the past, automotive executives have expressed fears that a significant rise in vehicle cost will

Now you can earn IEEE Professional Development Hours by attending CEC courses.
More Info »
Next Class: Coming Soon
Coming Soon
Please bear with us as we put together a new semester of classes for you.
Presented By:
Digi-Key Electronics
END_OF_DOCUMENT_TOKEN_TO_BE_REPLACED

Your direct link to advanced design and manufacturing products and suppliers
Search for products & manufacturers:
Next Class: Coming Soon
END_OF_DOCUMENT_TOKEN_TO_BE_REPLACED

Please wait a moment while we find a poll.
END_OF_DOCUMENT_TOKEN_TO_BE_REPLACED