Which Will Capture the Market First -- Autonomous Cars or Electrics?

Self-driving vehicles, considered little more than a science fiction project a decade ago, are quickly gaining on electric cars as the auto industry’s technology of the future. 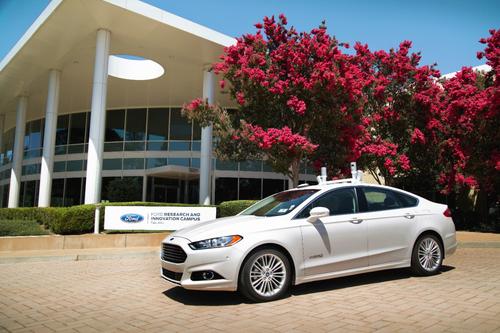 In August, Ford announced it will produce fully autonomous vehicles in the next five years.

In a study titled, “Electric Car, Drive Thyself,” Lux researchers contend that major automakers -- including Tesla, Nissan, and Mercedes-Benz -- are increasingly putting the technologies on parallel paths. Similarly, Navigant Research’s “Transportation Outlook: 2025 to 2050,” argues that automated driving and electrification are actually dependent upon one another.

”With more and more people living in cities, you’ve got the multiple problems of air quality, congestion, and safety,” noted Sam Abuelsamid, senior research analyst for energy at Navigant. “Electrification only addresses the air quality problem. It doesn’t do anything about the other two issues.”

The idea of parallel paths for the two technologies seemed highly unlikely a few years ago. But improvements in sensing, actuation, and software have moved up the schedule for autonomous vehicles. Last month, Ford Motor Co. predicted it would roll out fully autonomous vehicles in the next five years, echoing bold predictions from other big players, such as Volvo, Nissan, Google, and even Uber. Navigant now believes that by 2050, self-driving cars will be the norm in civilized societies. “The idea of getting behind the wheel (in 2050) and actually driving a car is likely to be more a curiosity, akin to going to a stable to climb on the back of a horse,” Navigant wrote in its study

In contrast, the development of the EV market has occurred more gradually, despite high expectations. In 2010, Nissan predicted it would produce 500,000 all-electric Leafs per year by 2013. As of today, however, battery electric cars are still approximately half of 1% of the new vehicles sold in the US.

Analysts point out that until now, the two technologies have existed on different growth curves. Autonomy is more dependent on Moore’s Law, while electric cars rely on developments in electrochemistry. The slower growth of batteries has been a product of those differences, they say. “It’s not really surprising,” Abuelsamid told us. “People have been working on electrochemical batteries for more than 100 years, and they’ve made remarkably little progress over that time.”

Still, the battery’s head start has put it in an economic position to now satisfy most major automakers. As pack prices have dropped, virtually every automotive company has announced plans to market electric vehicles and scale up their manufacturing efforts. Most analysts predict that 50% market penetration will occur in the decade of

Now you can earn IEEE Professional Development Hours by attending CEC courses.
More Info »
Next Class: Coming Soon
Coming Soon
Please bear with us as we put together a new semester of classes for you.
Presented By:
Digi-Key Electronics
END_OF_DOCUMENT_TOKEN_TO_BE_REPLACED

Your direct link to advanced design and manufacturing products and suppliers
Search for products & manufacturers:
Next Class: Coming Soon
END_OF_DOCUMENT_TOKEN_TO_BE_REPLACED

Please wait a moment while we find a poll.
END_OF_DOCUMENT_TOKEN_TO_BE_REPLACED