General Motors said its anxiously-awaited Chevy Bolt will churn out a surprising 238 miles on a charge when it reaches production later this year. And Tesla Motors announced the release of its Model S P100D with Ludicrous mode, which offers an astounding all-electric range of 315 miles. That’s the best ever by a major automaker’s electric vehicle. Meanwhile, Tesla continues to work on its lower-cost Model 3 EV, which it says will offer a range of more than 200 miles.

At the same time, Ford, Hyundai and Volkswagen are preparing to make electric vehicle announcements for the 2017 model year.

How do those compare with the rest of the auto industry? From the Bolt and the Leaf to the Model S Ludicrous mode, we offer a peek at the current crop of new battery-powered cars, along with their all-electric ranges, so you can judge for yourself. 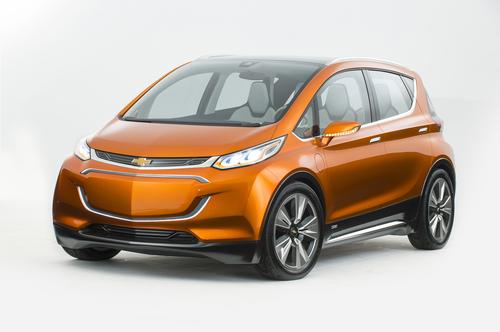 General Motors rocked the automotive world when it recently said its highly touted Bolt electric car would top out at 238 miles of all-electric range. The vehicle, which was expected to come in at 200 miles, will be the auto industry’s first mainstream, long-range electric car when it hits showrooms later this year. It’s expected to cost $30,000 after a $7,500 federal tax credit.

Now you can earn IEEE Professional Development Hours by attending CEC courses.
More Info »
Next Class: Coming Soon
Coming Soon
Please bear with us as we put together a new semester of classes for you.
Presented By:
Digi-Key Electronics
END_OF_DOCUMENT_TOKEN_TO_BE_REPLACED

Your direct link to advanced design and manufacturing products and suppliers
Search for products & manufacturers:
Next Class: Coming Soon
END_OF_DOCUMENT_TOKEN_TO_BE_REPLACED

Please wait a moment while we find a poll.
END_OF_DOCUMENT_TOKEN_TO_BE_REPLACED