Alternative energies like solar, wind, and hydropower are poised to get some powerful new company, thanks in part to researchers in Switzerland. That new emerging source is osmotic power, and it comes through the transfer of salt ions between two types of salt water when they make contact through a membrane.

Researchers at the Ecole Polytechnique Federale de Lausanne’s Laboratory of Nanoscale Biology have developed a new osmotic-power generation system using a membrane a mere three atoms thick to separate water with different salination levels -- such as salt water and fresh water, according to researchers. Salt ions travel through the semipermeable membrane until the salt concentrations in the two fluids reach equilibrium, a phenomenon known as osmosis.

The system is comprised of two liquid-filled compartments separated by a thin membrane made of molybdenum disulfide. The membrane has a tiny hole, also known as a nanopore, to allow seawater ions to pass through into the fresh water until both have an equal concentration of salt. As the ions pass through the nanopore, their electrons transfer to an electrode, which is what is used to generate an electric current. 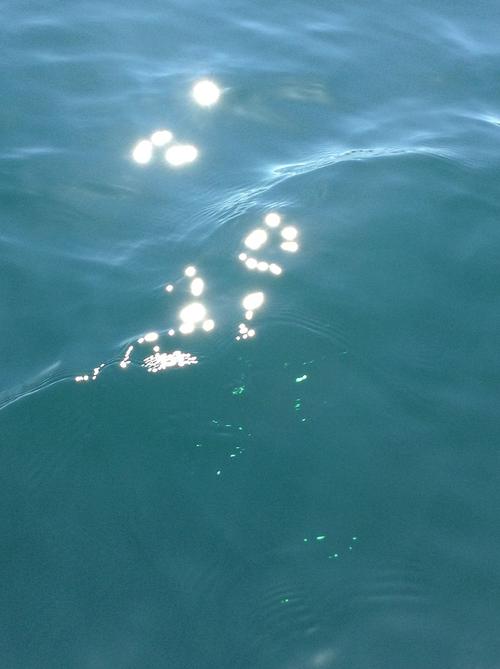 Researchers in Switzerland have devised a way to pass waters of different levels of salination through a membrane to create a potentially huge source of alternative energy.
(Source: Wikipedia Commons)

Researchers carefully investigated the size of the nanopore to ensure that only positively charged ions would pass through, pushing away most of the negatively charged ones, said Jiandong Feng, one of the members of the research team and lead author of a paper published in the journal, Nature. This allows for the creation of voltage between the two liquids as one builds up a positive charge and the other a negative charge. This voltage is what causes the current generated by the transfer of ions to flow, he said.

Whatever researchers did, it appears to be working well, according to their tests, which show huge potential for producing energy. According to their calculations, a 1m ² membrane with 30% of its surface covered by nanopores should be able to produce 1 megaWatt of electricity, which is enough to power 50,000 standard energy-saving light bulbs.

Researchers worked on a membrane with a single nanopore to understand precisely how it worked. They were able to run a nanotransistor from the current generated by a single nanopore and thus demonstrated a self-powered nanosystem, they said.

But the system also should scale to utility-size energy systems because molybdenum disulfide is easily found in nature or can be grown by chemical vapor deposition, researchers said. There is one big challenge to achieving this scale, however, in discovering how to make relatively uniform nanopores, they added.

Now you can earn IEEE Professional Development Hours by attending CEC courses.
More Info »
Next Class: Coming Soon
Coming Soon
Please bear with us as we put together a new semester of classes for you.
Presented By:
Digi-Key Electronics
END_OF_DOCUMENT_TOKEN_TO_BE_REPLACED

Your direct link to advanced design and manufacturing products and suppliers
Search for products & manufacturers:
Next Class: Coming Soon
END_OF_DOCUMENT_TOKEN_TO_BE_REPLACED

Please wait a moment while we find a poll.
END_OF_DOCUMENT_TOKEN_TO_BE_REPLACED