Don't Cut That Grass! It Could One Day Power Your Home

Researchers in the United Kingdom have found a way to derive a widely known but difficult to extract element for biofuel from a common plant found in many people’s backyards -- grass.

Professor Michael Bowker, professor of surface science at Cardiff University and deputy director of the Cardiff Catalysis Institute, has demonstrated that a substantial amount of hydrogen can be harvested from a type of grass called fescue using sunlight and a simple catalyst. This hydrogen can be used directly in fuel cells, for solar-storage chemicals production, or for direct combustion, he told Design News in an interview.

Bowker said the research is a key step forward in scientists’ quest to reduce the carbon-monoxide burden on the atmosphere, and downsize and localize energy production. While it is well known that hydrogen is a good source for biofuel that does not emit greenhouse gases -- and many researchers have been working to develop fuels based on this material -- the challenge has been devising ways of unlocking hydrogen from natural sources in a cheap, efficient, and sustainable way. 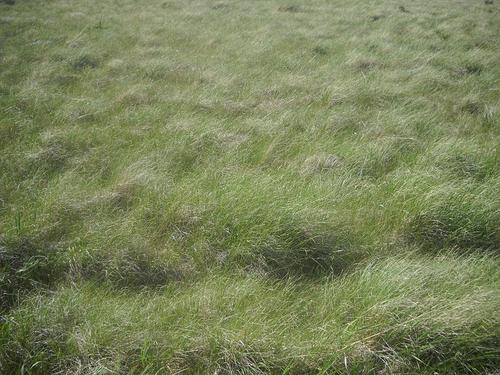 Researchers in Wales have demonstrated a way to derive hydrogen from a grass using sunlight and a common catalyst.
(Source: Wikipedia Commons)

“This really is a green source of energy,” he said, explaining that the team has been working for years with simple molecules derived from biomolecules to find new materials for alternative energy. However, until recently all of those the team worked with had processing costs, energy costs, and pollution associated with them. The recent discovery eliminates those issues, Bowker said.

“We've gradually worked up the complexity chain, including bio-derived molecules such as ethanol -- from fermentation -- and glycerol, a big-volume by-product of the biodiesel industry, and even sugar,” he said. “Basic plant material, such as cellulose, are further up the chain, meaning less processing needed, and grass is a potential raw material.”

The team, which also includes researchers from Queen’s University Belfast, have published their findings in an article in the Royal Society journal, Proceedings A .

Researchers demonstrated the possibility of converting cellulose from grass into hydrogen using solar energy and a simple catalyst -- in this case, experimenting with palladium, gold, and nickel. In this process -- called photoreforming or photocatalysis -- the catalyst converts cellulose and water from the grass into hydrogen.

Researchers conducted two rounds of tests in their study. In the first they combined the three catalysts with cellulose in a round bottom flask and subjected the mixture to light from a desk lamp, collecting gas samples from the mixture every 30 minutes. They then analyzed these samples to see how much hydrogen was being produced.

Next, the team repeated the process with fescue grass taken from a domestic garden, an experiment that showed that significant amounts of hydrogen can be produced in this way with sunlight and a cheap catalyst, Bowker said.

“We’ve demonstrated the effectiveness of the process using real grass taken from a garden,” he

Now you can earn IEEE Professional Development Hours by attending CEC courses.
More Info »
Next Class: Coming Soon
Coming Soon
Please bear with us as we put together a new semester of classes for you.
Presented By:
Digi-Key Electronics
END_OF_DOCUMENT_TOKEN_TO_BE_REPLACED

Your direct link to advanced design and manufacturing products and suppliers
Search for products & manufacturers:
Next Class: Coming Soon
END_OF_DOCUMENT_TOKEN_TO_BE_REPLACED

Please wait a moment while we find a poll.
END_OF_DOCUMENT_TOKEN_TO_BE_REPLACED