Bubble Wrap, Sponge Work Together to Clean Your Water

Researchers at MIT have designed a bubble-wrapped sponge that uses sunlight to boil water and create steam. The invention could have applications in water desalination and wastewater treatment, among others.

The design -- called a “solar vapor generator” -- uses a combination of relatively low-tech materials to capture ambient sunlight and concentrate it as heat rather than requires expensive mirrors or lenses for this purpose, researchers said. The heat is then directed toward the pores of the sponge, which draw water up and release it as steam.

The team published an article about their work in the journal, Nature Energy . The research was led by George Ni, an MIT graduate student; and Gang Chen, a professor of power engineering and the head of the Department of Mechanical Engineering. They collaborated with other researchers both at MIT and from the Masdar Institute of Science and Technology, in the United Arab Emirates. 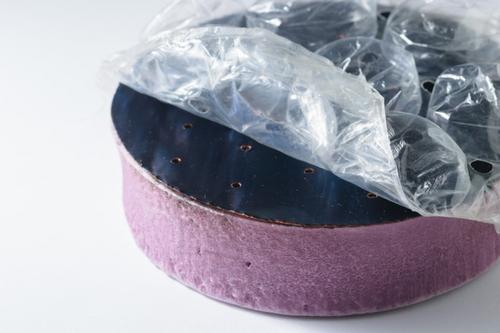 Researchers at MIT have designed a bubble-wrapped sponge that could have applications in water desalination and wastewater treatment, among others.

The design of the sponge builds on one researchers created in 2014, which was a similar floating, sponge-like material comprised of graphite and carbon foam that could boil water to 100C and convert 85% of incoming sunlight to steam. That sponge needed exposure to sunlight 10 times the intensity of sunlight in normal, ambient conditions, researchers said.

“It was relatively low optical concentration,” Chen said. “But I kept asking myself, ‘Can we basically boil water on a rooftop, in normal conditions, without optically concentrating the sunlight?’ That was the basic premise.”

Chen and the team found that the issue with the first iteration of the sponge was that while black graphite could absorb sunlight well, it also radiated the heat back out to the environment, resulting in heat loss.

They corrected this problem in the recently developed sponge by using a new material -- a spectrally selective absorber, or a thin, blue, metallic-like film that is used typically in solar water heaters. The material can absorb radiation in the visible range of the electromagnetic spectrum; however, it doesn’t radiate in the infrared range. This means it can both absorb sunlight and trap heat without the type of heat loss that resulted with the use of black graphite.

To create the solution, researchers coated a thin sheet of copper with the absorber material and mounted the structure on a thermally insulating piece of floating foam. But they were still losing heat through convection, in which moving air molecules such as wind would naturally cool the surface, they said. That is, until inspiration came from Chen’s 16-year-old daughter, who at the time was working on a school science project in which she constructed a makeshift greenhouse from simple materials, including bubble wrap.

Though skeptical at first, Ni agreed to wrap the sponge in bubble wrap at Chen’s urging. The approach let sunlight in through the material’s transparent wrapping, while trapping air in its

Now you can earn IEEE Professional Development Hours by attending CEC courses.
More Info »
Next Class: Coming Soon
Coming Soon
Please bear with us as we put together a new semester of classes for you.
Presented By:
Digi-Key Electronics
END_OF_DOCUMENT_TOKEN_TO_BE_REPLACED

Your direct link to advanced design and manufacturing products and suppliers
Search for products & manufacturers:
Next Class: Coming Soon
END_OF_DOCUMENT_TOKEN_TO_BE_REPLACED

Please wait a moment while we find a poll.
END_OF_DOCUMENT_TOKEN_TO_BE_REPLACED